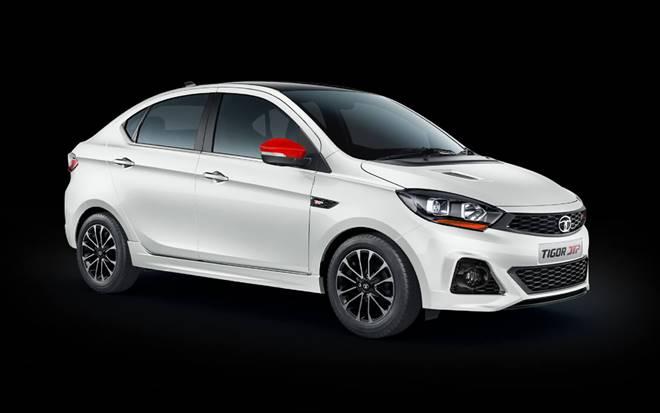 The Tata Tiago and Tigor JTP models were the perfect hot alter egos of their regular forms and the dissolution of the company might not be the news we want to hear.

Taking your regular petrol car and slapping on a turbo makes much more sense, isn’t it? Well, Tata Motors took one on behalf of the enthusiasts and brought it as a factory-fitted option, complete with warranty and service backup. They collaborated with a reputed tuner, Jayem Auto from Coimbatore, and in 2017 formed a joint venture. The collaboration was called JTSVO, translating to Jayem Tata Special Vehicle Operations. The first products to be born out of this collaboration were the Tiago and Tigor JTPs. Tata Motors launched them in the Indian market in mid-2018 and a year later, got out facelifts too. These vehicles were sold only from a handful of Tata dealerships.

News has now come in that the dealerships have been told not to sell these cars. A few dealerships we connected with, confirmed that it has been two months since they saw any JTP product in the stockyard. Given their performance-oriented nature, there was a specific client for such kind of vehicles. Dealers said that the JTP cars were lapped up by enthusiasts in no time.

Issue with the products?

The Tiago and Tigor JTP models were both cars that were created by an enthusiast for like-minded people. Our first drive report suggests that these are everyday useable cars and on the weekend, can be taken to the racetrack. There was a noticeable difference in the appearance as well from the regular cars. Tata had managed to strike just the right balance with these products. The pricing too was spot on.

While it’s too early to comment, it could be the fact that Tata Motors is developing its own set of turbo engines. The company might not want to pay Jayem royalty for tuning these engines. We checked with Tata Motors for a response and the spokesperson said, “JTP brand has a great follower base and has been strongly appreciated for its styling and performance. Tata Motors will continue to support the JTP cars that the customers have bought. We have been in the process of reviewing the business model for delivering the JTP branded cars in light of multiple regulatory changes, in terms of emissions and safety. We will announce at the right time the set of actions emerging out of it.“

We tried reaching Jayem Auto for a comment but the operator said that there is no one in the office. An email to Jayem has received no response till now.

What happens to existing customers

The aforementioned response from Tata Motors suggests that existing JTP owners will not face an issue and the company should provide service support for the cars.

The future looks bleak for the coalition. Especially after Tata Motors developed the new and more powerful 120hp, 1.2-litre turbo petrol for the Nexon facelift. There are also talks of an Altroz turbo petrol engine with a DCT. We have also heard of Harrier petrol. Tata Motors, after all, might not need the Jayem Auto support. We think, there will be no BS6 JTPs. Even if there will be performance-oriented Tata products in the future, those might not be labeled JTP.

What happens to the employees of the JTSVO?

In a tweet by a certain Gaurav Sharma in January 2020, the employee had claimed that the joint venture was dissolved. He also asked Ratan Tata about future communication and what happens to the 25 or so employees of JTSVO. Ever since, the user has deleted his account and we are unaware as to what happened to those employees.

Get live Stock Prices from BSE and NSE and latest NAV, portfolio of Mutual Funds,
calculate your tax by Income Tax Calculator, know market’s Top Gainers, Top Losers & Best Equity Funds. Like us on Facebook and follow us on Twitter.