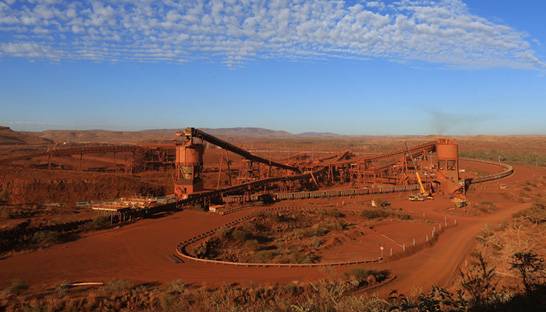 Experts at RSM have advised on a joint venture agreement between Sheffield Resources and Yansteel, as both embark on a mineral sands project in Thunderbird – among the largest mineral sands discoveries in the last three decades.

As part of the agreement, Hong Kong based mining & metals company Yansteel will invest just over $130 million for a 50% interest in the Thunderbird Mineral Sands Project – announced by Perth-based Sheffield Resources in early August. Details of the deal are still being ironed out, and are yet to be cleared by the Foreign Investment Review Board. Unconditional to the joint venture, Yansteel will also acquire a 9.9% stake worth nearly $13 million in Sheffield.

Advising Sheffield Resources on the partnership side of the transaction were experts from accounting and advisory firm RSM – led by Xiaowen Shi from RSM’s China Practice Group (CPG) and Justin Audcent from RSM Corporate Finance. Advising on the investment side of the deal, meanwhile, was RSM’s tax team, headed by Director of Tax and Managing Partner of RSM Perth Con Paoliello.

Audcent is a Director of Corporate Finance at RSM in Perth, specialising in mergers and acquisitions (M&A) and transaction support. Xiaowen, meanwhile, is a partner in Perth, specialising in cross border transactions and market entry strategies with a Chinese link. For her, Sheffield Resources’ prior success offered a strong leg for RSM to stand on when introducing a strategic partner in the form of Yansteel.

“With Sheffield Resources having already secured project finance from NAIF and Taurus, we were able to leverage our extensive networks to identify and introduce a strong, strategically-aligned equity investment partner for the Thunderbird project and facilitate discussions and negotiations between the parties through to execution of the term sheet,” she said.

Managing Director at Sheffield Resources Bruce McFadzean expressed his appreciation for RSM’s efforts in the deal, indicating that the consulting firm would be the partner of choice to advise on future deals as well.

“We would like to thank Xiaowen and the whole RSM team for their invaluable support and input into this transformational transaction with Yansteel. Xiaowen has introduced an ideal strategic partner to Sheffield who share similar values and desires to build and operate a project that will add significant benefits to the local community and Australia in general. This successful outcome is the beginning of a longer-term relationship with RSM and their team, and we look forward to concluding the transaction upon a successful FIRB application over the coming months,” he said.

The deal is another drop in the ocean of Australia’s vibrant mining & metals deal landscape, where transaction activity reached its highest point in half a decade last year. Given its Chinese roots, Yansteel’s entry into the Australian market also marks a promising step, given that Chinese investments into the country have been in a nosedive over recent years.