Unease of doing business with China 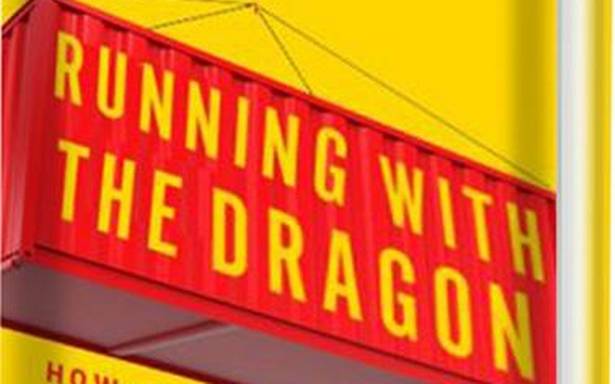 In business relations at least, India has submitted to the fire of the dragon. That China is an economic powerhouse, with India nowhere close to it, more so in these times with India’s growth plumbing newer depths by the quarter, is borne out by trade statistics. Boat rides and seashore summits haven’t helped improve these numbers.

The balance of trade between India and China continues to be disproportionately tilted towards China in value terms, despite India’s exports picking up a bit and imports dipping in the wake of the Beijing-Washington trade war. The deficit was $53 billion in 2018-19, highlighting China’s refusal to enhance import of Indian goods despite repeated promises made by its leaders. The overall scenario is really worrisome as India buys from China over four times what it sells to it ($70 billion and $17 billion, respectively).

Running With Dragon: How India Should Do Business With China is apt in this context. Anyway, there has been little work by Indians in the popular non-fiction genre on doing business with China. Pallavi Aiyar’s book Smoke and Mirrors: An Experience of China published almost a decade ago is more an exploration of China’s politics and culture.

Dasgupta laments in the introduction of the book that while the Chinese manufacturers have broken into the Indian market, making brands like Xiaomi, Haier, Huawei, ZTE and Lenovo almost household names in major cities, hardly any Indian consumer product brand with the exception of Tata Motor’s Jaguar (which is still seen as a British brand) has gained a foothold in China. He takes Indian business and the policymakers to task for not learning from China, observing that the Chinese invest hugely in understanding foreign cultures and markets while “the foot-dragging demonstrated by Indian companies in the face of opportunities in China is astonishing”.

Dasgupta has not restricted himself only to finding fault with Indian business and policymakers. He offers valuable tips on how to do business with China. His experience as a reporter of long standing (he has been living in Beijing for past 14 years) comes in handy. He offers precious insights into Chinese culture.

For instance, there is a separate chapter in the book, ‘Deal-making while navigating Chinese culture’, in which the author discusses nine different cultural mores of the Chinese that every Indian businessman or businesswoman must keep in mind at every stage of business, from seeking quotations, checking quality, negotiating and booking deals to following up. “It is easy to kill a deal by making a few involuntary mistakes even at the point when it is about to be completed,” the author warns.

What are these cultural specifics? For example, you need someone to introduce you when you come to China without a past record of business or contacts — this person is ‘Zhongjian ren’ or the intermediary. He is your points person who uses his ‘Guanxi’ or the personal connections to introduce you where you have no ‘Guanxi’. Needless to say ‘Zhongjian ren’ comes at a price as he is investing his social capital (‘Guanxi’) in a deal.

Then it also mentions ‘Shehui dengji’ or social status. Explaining this, the author says that sending a junior to discuss business with an important businessman is asking for the doors to be closed. The book contains also nine case-studies , spread across the book, providing insights into the subject.

The author is of the view that there is no alternative to developing personal relations in China, and effort and funds must be allocated to it.

Underlining the total neglect of Chinese market by Indian business, he says that Indian pharma and IT companies have put in massive efforts in the US and other Western markets, but not even 10 per cent of that in the world’s second largest economy.

Dasgupta observes that virtually none of the hundreds of industry associations covering different sectors in India has an office in China. The only significant presence from Indian industry is the office of the Confederation of Indian Industry (CII) in Shanghai.

Dasgupta also points out that the Indian diplomatic service is neither equipped nor inclined to carry out economic functions efficiently, leave aside handholding for companies seeking opportunities abroad.

“In India, officials are careful to separate the government from private business, often fearing vigilance investigations if they get too close to businessmen,” the author explains. “On the other hand, China’s diplomatic missions go the extra mile — actually several miles — to lobby for individual Chinese companies in foreign countries,” he says.

The book suggests that there is a huge untapped potential that the Indian government and exporters can tap if the right conditions are created. Quoting Prabir De, coordinator of ASEAN-India Centre at the Research & Information system for Developing Countries (RIS), it says that there are approximately 2,690 products in which India has untapped export potential to China. India can drastically reduce its import bill by discouraging some extremely low-technology goods, such as hairpins, idols and simple electrical and kitchen appliances.

As for the shortcomings of the book, facts have been repeated. The editing could have been better. It seems like the book was edited in a rush to hit the shelves by the end of 2019.

The author has not said anything significant about China’s singular political and administrative set-up, as an authoritarian, ‘communist’ state. It is also quiet about how it deals with Chinese entrepreneurs and other businessmen from abroad.

Yet, the book is rich in detail and can be an asset to businesses and policymakers.

The author writes independently and runs a webmagazine raagdelhi.com.