Springer Nature and UC Strike Largest Open-Entry Deal in US 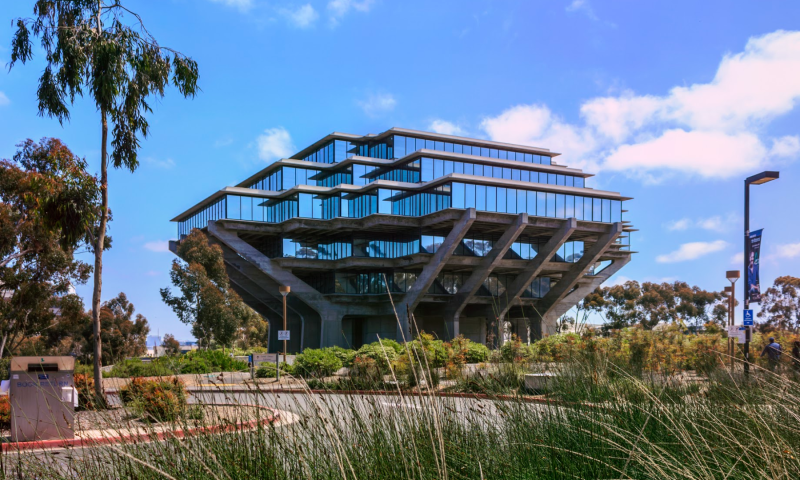 Today (June 16), the University of California and the academic publisher Springer Nature announced that they had forged the largest open-access deal in North America to date.

“We’re quite delighted about this agreement, because we think it is very significant,” says Ivy Anderson, the associate executive director of the California Digital Library and co-chair of UC’s publisher negotiation team. “It shows that a large, research-intensive institution can sign an agreement with a large publisher for open access and make that successful.”

Over the last few years, universities and research institutions around the world have been pushing publishers for agreements that advance open access to journals. Some of those negotiations have gotten heated: Just last week, MIT announced that it had canceled ongoing discussions with the academic publisher Elsevier due to an inability to come to terms on an open-access deal.

Open access was also a sticking point in UC’s negotiations with Elsevier, which resulted in the university ending its subscription with the publisher last spring. Since then, UC has signed open-access agreements with four other publishers, including Cambridge University Press and PLOS. The deal with Springer Nature is the largest to date. UC plans to publish the details of the agreement on its website on Wednesday. “[This is] our first agreement in North America, which is a big deal for us,” says Carrie Webster, the vice president of open access at Springer Nature. (Elsevier, too, has successfully made several open-access deals over the last year.)

The Springer Nature contract covers a period of four years (2020 to 2023), and it will enable academics in the UC system to publish their papers as open access in more than 2,700 of Springer Nature’s journals. This includes approximately 2,000 hybrid journals, which contain both paywalled and open-access articles, and 500 fully open-access journals (all Nature-branded titles are initially excluded).

This deal is a so-called transformative open-access agreement—a designation given to contracts designed to shift the business model of scholarly publishing from one that’s primarily subscription-based (where people pay to access paywalled content) to one that’s primarily open access, where fees are paid to publish articles that are free for all to read.

The article processing charges (APCs) that Springer Nature will bill for titles under the new contract vary: for hybrid journals, the fee will be set to the prices paid by UC in 2019 (which, according to Webster, was an average of $3,200 per article), while the pricetag for fully open-access journals will be set to 15 percent less than prices paid in 2020 (the price in 2019 was approximately $2,000 per article on average). APCs for the fully open-access journals will increase by no more than 3.5 percent each year after 2021, and APCs for hybrids will remain frozen until 2023, when it will increase by 2 percent.

What the increases to APCs will look like after 2023 is unclear. “This is only an agreement through 2023,” says Jeffrey MacKie-Mason, university librarian and economics professor at UC Berkeley, and co-chair of UC’s publisher negotiation team. “If Springer [Nature] comes back with something unreasonable after that, we’ve already shown that we’re willing to cancel agreements if we need to.”

UC will also pay a separate reading fee of $750,000 per year for access to the paywalled articles in Springer Nature’s portfolio. That reading fee is subject to change, depending on the number of publications that are published as open access. “As the journals shift from being primarily subscription articles to primarily open-access articles, the need for and justification for a reading fee will start to go away,” MacKie-Mason says. He adds that there are also “guardrails” for payments—a minimum and maximum number of articles UC will pay APCs for in order to ensure UC’s expenditures are limited and that Springer Nature’s revenues are protected.

To pay for this transition, UC and Springer Nature have implemented what they call a multi-payer model, in which UC pays $1,000 of the APC, and the authors of a paper cover the rest from their research grants. In cases where researchers don’t have funding for publishing, UC plans to cover the cost.

“In the US, there already were multiple funding sources—libraries paid for subscriptions, and when authors wanted to publish open access, they paid a surcharge on top of that out of their funds,” says MacKie-Mason. “The key thing here is that we’re integrating those into a single contract. That creates cost control for the institutions and the researchers [during the transition to open access], which is critical because the cost of scholarly publishing has been exploding.”

Anderson notes that the model was developed after a year-long study at UC to assess the costs associated with APC-based transitions to open access (There are other models of open access, such as the “green” approach, where versions of paywalled articles are made freely available on online repositories). “From that research, it was clear to us that research funding was an important element of the sustainability plan for open access on a large scale,” she says. UC’s study also suggests that involving authors directly into the cost-benefit analysis—by getting them to pay a portion of each article, for example—would make them more sensitive to the prices they pay to a journal (with subscription-based models, most of the payment to journals is made by universities). Authors might then take APCs into account when deciding where to publish, which, in turn, could put pressure on publishers to drive down costs over time.

Lisa Hinchliffe, a professor and the coordinator of information literacy services at the University of Illinois at Urbana-Champaign, says that while this model could theoretically drive down costs, it’s impossible to tell without empirical evidence. “To my knowledge, no one else is pursuing a multi-payer approach in funding their open-access publishing,” Hinchliffe says. “Even if their theory is right, if no one else does it, can it work?”

UC and Springer Nature plan to launch a pilot project in 2021 aimed at developing a path to open access for the publisher’s Nature-branded journals, which include the most prestigious titles in Springer Nature’s portfolio. The goal is to have a transformative agreement in place by 2022.

“We are really hoping that more and more publishers recognize now that this kind of model is feasible,” says MacKie-Mason. “We certainly hope that Elsevier does as well.”

COI statement: Diana Kwon has received payments from Springer Nature as a freelance reporter for Scientific American and Nature, editorially independent publications owned by the publisher.

Correction (June 17): The quote by Jeffrey MacKie-Mason has been corrected to state that the UC’s agreement with Springer Nature is through 2023, not for 2023. The Scientist regrets the error.