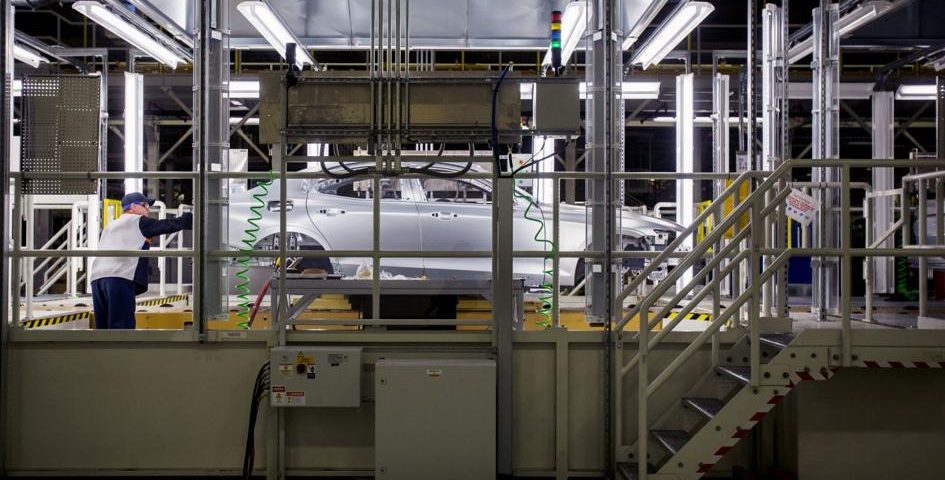 One of South Carolina’s largest automakers is exploring a merger with its parent’s stable of other vehicle manufacturers to create a larger and stronger global company as the industry ramps up investments in electric cars and driverless technology.

The merged company would preserve the identities of each of the nameplates, including Volvo, Geely, Lynk & Co. and Volvo electric-car brand Polestar.

In the U.S., Volvo builds the S60 sedan at its $1.1 billion plant off Interstate 26 near Ridgeville. The first car rolled off the South Carolina line in September 2018.

The carmaker plans to adds its XC90 SUV to the Berkeley County assembly line next year, with about half to be shipped to overseas dealers from the Port of Charleston. Volvo plans to ramp up its local payroll to 4,000 workers by the time the site reaches full production.

Its merger proposal with Geely comes at a time when carmakers are staring down huge capital expenses to build battery-run vehicles to meet stricter pollution laws and invest in technology to develop automated vehicles.

In a statement, the carmakers said that a combined group “would have the scale, knowledge and resources to be a leader in the ongoing transformation of the automotive industry.”

In 2018, Volvo CEO Hakan Samuelsson announced a plan to eventually equip all of his company’s vehicles with hybrid engines or batteries as part of its “electrification strategy.”

If the merger goes through, the publicly traded business would be listed on the Hong Kong Stock Exchange at first.

China’s Zhejiang Geely is led by billionaire Li Shufu, whose other automotive-industry investments include large ownership stakes in Daimler AG, Proton and Lotus.

Analysts at Bernstein said in a note to investors that the proposed tie-up with Volvo “feels like — after years of deal-making  — a first move by … Li Shufu to consolidate his sprawling automotive empire, and to pay off some of the debt that had built up.”

The two companies said they will set up a joint working group to prepare a proposal to take to their respective boards. A deal would have to be approved by shareholders of Geely and Volvo, as well as by regulators.

Volvo Cars is based in Goteborg, Sweden. It has been owned since 2010 by Zhejiang Geely, which bought the brand from Ford Motor Co.

Last year, the global sales for Volvo Cars reached a record 705,452 vehicles. It employs about 41,500 full-time workers and has factories in South Carolina, Sweden, Belgium and China.

The company recently marked its 13th consecutive month of year-over-year sales growth in the U.S. in January, with 6,157 vehicle sales, including 1,348 locally made S60s.  A Volvo spokesman did not respond to a request for comment about the merger plan Monday.

Zhejiang Geely’s Geely Automobile unit is made up of brands that include Geometry, Lynk & Co, Proton and Lotus. Collectively, they sold more than 1.36 million vehicles in 2019, with plans to increase that figure by about 400,000 this year.

The Associated Press contributed to this report.