Right here is ACG Arizona’s Deal of the 12 months 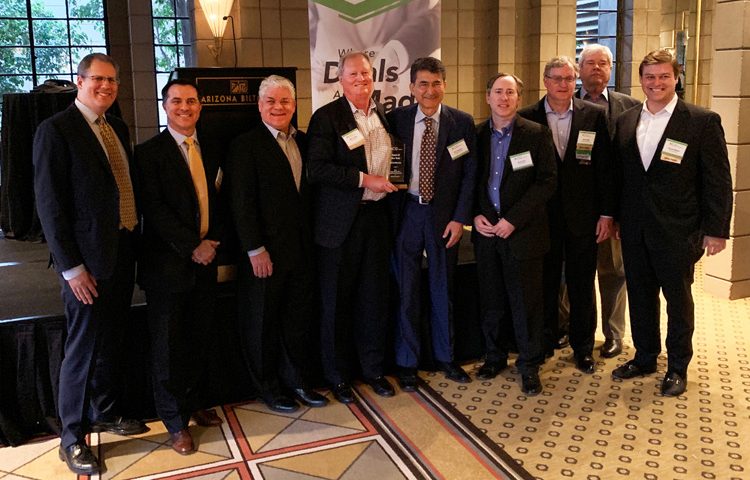 Gilbert’s own Heritage Windows & Doors scored one of the state’s biggest business accolades last night when the Arizona Chapter of the Association for Corporate Growth hosted its annual reception at the Arizona Biltmore Resort & Spa.

The sale of Heritage Windows & Doors to Andersen Corporation, one of North America’s largest window manufacturers, earned ACG’s “Deal of the Year” award, which recognizes an Arizona marketplace transaction made by an established Arizona business that brings in between $10 million and $750 million in annual revenue.

“This transaction is a real-life tale of the American Dream,” said Mark Young, Managing Partner, CKS Advisors. “Our clients, brothers Fred and Hal Tashman, came to the U.S. from Turkey in the 1960s and 70s, and they built their business up from a smaller distributor to one of the state and region’s most respected window and door manufacturers.”

Initially founded in 1979, Heritage Windows & Doors and its owners are highly regarded throughout the state not only for their quality products and leading-edge manufacturing processes, but also for the innovations they made within the market through the years, many of which involve designing and creating products intended for warmer, more arid environments. The owners have also engaged in numerous philanthropic efforts through the years, with Hal serving as a board member for the Arizona Community Foundation, a lifetime member of the ASU President’s Club and a member of the Musical Instrument Museum President’s Cabinet, among other affiliations.

Andersen Corporation’s acquisition of Heritage Windows & Doors is already having  ripple effects throughout the state, creating countless new jobs and opportunities for residents. Andersen is already building a 500,000 square-foot manufacturing facility in Goodyear. Andersen’s altruistic efforts also align closely with those of Heritage Windows & Doors, with both companies placing a heavy emphasis on philanthropy and sustainability. Andersen has historically been one of the nation’s biggest donors to Habitat for Humanity, among other initiatives, and the company has repeatedly made efforts to improve and support each new community it enters.

Heritage Windows & Doors’ sale to Anderson Corp. beat out two other eligible mergers and acquisitions in Arizona in 2018.

• Ability Dynamics, LLC’s acquisition of Proteor, a provider of prosthetic and orthotic devices

The award criteria for the Deal of the Year included:

• Deal-making that produces a wider business impact, such as the development of new markets, products, services and/or technologies and the creation or retention of quality employment opportunities in Arizona