By Grace Gausden For This Is Money

Ovo is set to become the UK’s second largest energy provider after it agreed to buy SSE’s retail business for £500million.

SSE is currently the third largest energy provider, supplying around 3.5million households across the UK.

Ovo entered the market as a relative minnow, but has already grown to become the UK’s largest independent supplier, providing energy to 1.5million customers. 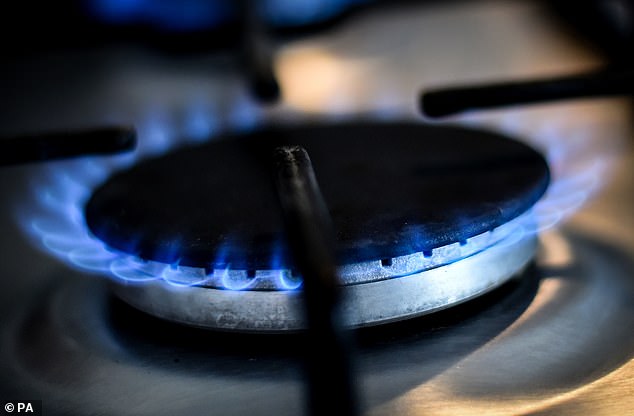 After taking on SSE’s customers, it will have a customer base of around 5million people, making it second only to British Gas.

The transaction is expected to be completed in late 2019 or early 2020 with SSE saying it will do everything to make sure it is a ‘smooth transaction’ for existing customers.

Alistair Phillips-Davies, chief executive of SSE, said: ‘We have long believed that a dedicated, focused and independent retailer will ultimately best serve customers, employees and other stakeholders – and this is an excellent opportunity to make that happen.

‘Ovo shares our relentless focus on customer service and has a bold vision for how technology can reshape the future of the industry. I’m confident that this is the best outcome for the SSE Energy Services business.’

In response to the news, SSE shares rose 1.7 per cent on Friday morning.

The SSE brand will be operated by Ovo under license for a period in order to allow for a phased migration but SSE said there is no immediate impact to customers.

SSE also confirmed that all 8,000 SSE employees will be moving to Ovo.

Stephen Fitzpatrick, CEO and founder of Ovo said: ‘This transaction marks a significant moment for the energy industry. Advances in technology, the falling cost of renewable energy and battery storage, the explosion of data and the urgent need to decarbonise are completely transforming the global energy system.

‘For the past three years Ovo has been investing heavily in scalable operating platforms, smart data capabilities and connected home services, ensuring we’re well positioned to grow and take advantage of new opportunities in a changing market.

‘SSE and Ovo are a great fit. They share our values on sustainability and serving customers. They’ve built an excellent team that I’m really looking forward to working with.’

SSE originally announced in May that it was looking to offload its energy services arm after more than 500,000 households switched to another provider in the year to April.

The firm said it would aim to sell or float its energy services division by the second half of 2020.

However, a proposed merger between SSE and its Big Six rival Npower was called off in November of last year with the companies blaming tough market conditions and the Government’s energy price cap.

The Scottish supplier also reported at the time that profits have fallen far short of expectations.

Energy expert at uSwitch, Rik Smith, said: ‘The good news for consumers is that the two existing companies have a good track record of treating customers well, having both topped the tables for customer satisfaction in the uSwitch awards this year.

‘Where they go with their prices remains to be seen, but there are also questions about the brand name that will on people’s bills in future. SSE customers are very loyal to its Swalec, SSE, and Scottish Hydro brands in various parts of the country.

‘Ovo is also known to be at the forefront of new technology such as electric vehicle charging and smart meters, and buying the current second largest supplier in the country means there is a huge opportunity for them to expand further in this area.

‘SSE customers should have nothing to fear from this takeover, but as ever, anyone who has concerns about their supplier’s price or service should shop around to see if there is a better deal for them elsewhere.’

Some links in this article may be affiliate links. If you click on them we may earn a small commission. That helps us fund This Is Money, and keep it free to use. We do not write articles to promote products. We do not allow any commercial relationship to affect our editorial independence.