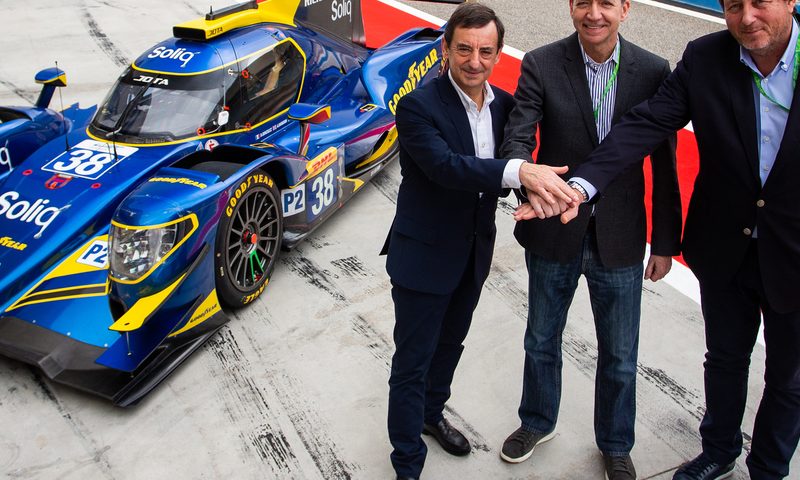 SAKHIR, Bahrain — Goodyear has secured a multi-year contract to be the spec race tire supplier to the FIA World Endurance Championship’s LMP2 prototype class starting with the 2020/21 season.

The contract — signed Dec. 13 in Bahrain ahead of this weekend’s WEC race there — also makes Goodyear the spec tire supplier for the European LeMans Series’ LMP2 class and a “premium partner” of the WEC.

The FIA (Federation International de l’Automobile) had announced only recently that it intended to make the WEC LMP2 category a single-make tire series.

The new contract to supply all LMP2 entrants in the WEC begins with the eight-round 2020-21 season, the WEC said, which starts at Silverstone, England, next September and concludes with the 24 Hours of Le Mans in June 2021.

Goodyear — which announced its return to road-racing with the Goodyear brand on a global scale in June — is competing in the 2019-20 WEC season with Michelin Motorsports in LMP2 category. Prior to this, Goodyear’s international road-racing efforts were focused on the Dunlop brand.

The parties involved in this contract — the FIA, the Automobile Club de l’Ouest (ACO) and the ELMS — said the decision to appoint Goodyear as the LMP2 class’ single tire supplier “reinforces the relationship between the 24 Hours of Le Mans, the leading World and European endurance championships and one of the most successful tire companies in the history of motorsport.”

Since announcing its plan to feature the Goodyear brand in international road racing, Goodyear has stuck a deal with the ELMS to make Goodyear the designated race tire brand for the series’ LM-GTE class for production-based supercars and announced plans to switch its support of the KwikFit British Touring Car Championship (BTCC) to the Goodyear brand from Dunlop, which has been the BTCC’s sponsor and tire supplier since 2003.

Gérard Neveu, CEO, FIA WEC and ELMS, said, “We are proud to have Goodyear as a premium partner in WEC and ELMS, and our LMP2 teams will benefit from high level professional support to ensure the continuing close competition in the category.”

Mike Rytokoski, vice president and chief marketing officer, Consumer EMEA at Goodyear, said, “This partnership allows us to showcase our technology, durability and performance in the most famous endurance race in the world. We are proud to have been chosen for this challenge.”

In addition to supplying tires, Goodyear will increase its brand visibility on and off track to support the launch of a new range of Eagle performance tires featuring motorsport-derived technology. This will include track and pit lane branding plus significantly increased marketing and media activation.

The announcement of this deal comes just a few weeks after FIA WEC organizers selected Michelin Motorsports to be the exclusive tire supplier for the WEC’s top endurance racing class, the “hypercar” class, for 2020-2023. The hypercar class will replace the current LeMans Prototype (LMP1) class as the endurance racing series’ top vehicle category. The WEC includes the prestigious 24 Hours of LeMans race, held annually in June.