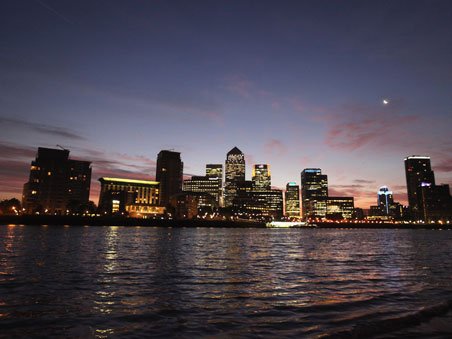 From pest control to the provision of office space, ‘business services’ is a catch-all term for a subsector of the FTSE 350 that runs the entire gamut of industries. While these companies have their idiosyncrasies, their prospects tend to be tied to broader economic sentiment. Last year saw disruption across the globe with back-and-forth trade war antics and economic and political uncertainty in the UK. With a ‘phase one’ deal between the US and China now agreed and a decisive Conservative election victory, it remains to be seen whether 2020 will bring any relief.

The recruiters are typically seen as bellwether stocks and they have felt the brunt of subdued client and candidate confidence both at home and abroad. A flurry of updates in early January reflects the weak macroeconomic backdrop seen in 2019. Facing a series of challenges in the last three months of the year and “markedly” slower growth in December, Hays (HAS) issued a profit warning for the first half of the 2020 financial year. With strikes in France, Australian bushfires and the UK election, these events made for tough conditions in countries that account for 45 per cent of its fees. Robert Walters (RWA) saw its net fee income growth turn negative in the three months to 31 December with UK net fee income plunging by more than a fifth to £20.7m. It was a similar story for PageGroup (PAGE) with anti-government protests in Hong Kong pushing gross profit there down by 27 per cent.

Brexit-induced uncertainty has hit the construction industry hard as clients defer spending until they have greater clarity. Roofing and insulation specialist SIG (SHI) has issued two profit warnings since October and observed an accelerated deterioration in trading in December. Equipment hire group Ashtead (AHT) has also experienced challenging conditions at home, with UK rental revenue declining by 2 per cent in the six months to 31 October. But this has done little to encumber its share price momentum given that its domestic A-plant business is a comparatively small part of the group’s overall picture. With 86 per cent of revenue and 90 per cent of cash profits (Ebitda) derived from the US, Ashtead is essentially a play on the health of the US economy. While the group has flagged a lower rate of growth there than in recent years, it still saw rental revenue rise by 15 per cent to $2.1bn (£1.6bn) in the first half of the year. Capitalising on the ongoing shift from equipment ownership to rental, the US sunbelt business has been key to underpinning a return on capital employed above 20 per cent in recent years.

HomeServe (HSV) is also exploiting growth opportunities across the Atlantic. The home emergency insurance provider is looking to build scale in the underpenetrated US market where its estimates only 8 per cent of households have a home assistance policy versus 30 per cent in the UK. But the US market hasn’t been a complete success story for this sector, with Bunzl (BNZL) seeing North American sales rise by just 0.7 per cent at constant currencies in the first half of 2019. The distribution company is looking to kickstart growth with bolt-on additions following a relatively quiet period on the acquisitions front.

Acquisitions are a frequent feature of growth strategies in this sector and 2020 could be a bumper year for deal-making. Technical products and services provider Diploma (DPLM) suffered a lack of sellers in the market in 2018, but last year saw M&A expenditure rise fourfold to £78m, with acquisitions driving 5 per cent sales growth. Meanwhile, seeking to build scale in local markets and increase customer density, Rentokil (RKO) purchased 17 businesses in the first half of 2019 and has upgraded its full-year guidance for M&A spending to more than £250m.

According to Refinitiv, Ashtead was the best performing FTSE 350 stock of the past decade, continuing to defy fears it has reached its peak. The construction focus means it is cyclical, but it has some resilience to recession with the ability to curtail investment in new rental equipment and age its relatively young fleet. The group has also continued to reward shareholders having already spent £250m on share repurchases as part of a minimum £500m of buybacks to be conducted this year. Intertek (ITRK) is well positioned to capitalise on rising environmental, social and governance (ESG) related regulation. It estimates that the global quality assurance market is worth around $250bn and 80 per cent of the work is still conducted in-house. The premium valuation may be offputting for some, but we think it’s worth paying up for given the long-term growth opportunity on offer.

With short interest standing at 7.1 per cent of its issued share capital, there is clearly doubt that SIG will enjoy the same rally expected from peers when construction activity picks up. The group’s issues run deeper than wider industry weakness as it is struggling to sustain sales rates while it undergoes restructuring. It is also paying the price of its previous acquisition spree, using disposals to pay down net debt.