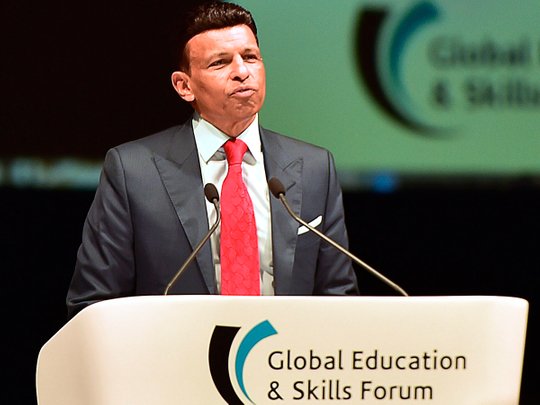 Dubai: The school operator GEMS could be in for another shareholding change for a second straight year if the majority shareholder Sunny Varkey finds a buyer for a portion of his holding. It was last year that CVC Capital Partners, the private equity player, picked up 30 per cent in GEMS.

It is not known how much of his stake Varkey, the founder of GEMS Education, plans to offload. There had been talk about such a potential deal for some time, with Gulf based education and healthcare focussed funds eyeing the possibility.

It was Bloomberg which reported Thursday that Varkey had plans to raise about $200 million from selling his shares. There has been no official confirmation on this so far.

The CVC deal came about after the exit by a consortium that included Fajr Capital Ltd. and Bahrain’s Mumtalakat Holding Co..

According to a source at a Gulf based asset management firm, investments in education was a “hot ticket” item for three years leading up to mid-2019. But the general economic slowdown and the job losses in key markets had its impact on the education sector… and by extension for investors in the industry as well.

“Both education and healthcare were seen as having over capacity because of the job losses,” the fund manager said. “Deal flows had quietened down significantly since mid-2019.

“And now with the COIVID-19 outbreak and school disruptions, investors will need more clarity before committing. Deal flows will be quite limited in the second-half of the year.”