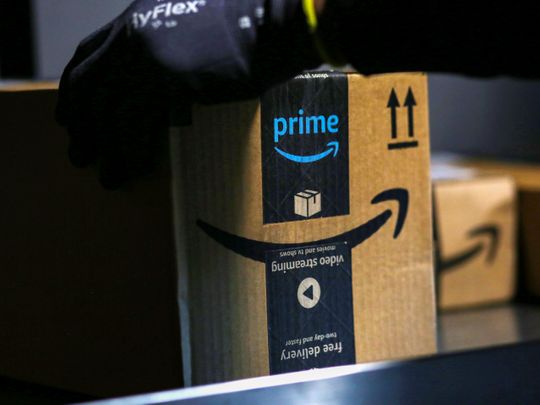 Amazon is working its way towards another big deal making in India. It is eyeing a sizable stake in Future Retail.
Image Credit: Reuters

Seattle: Amazon.com Inc. is considering adding to its investment in Future Retail Ltd. as the debt-ridden Indian retailer battles a cash crunch.

Amazon, which holds an indirect stake of 1.3 per cent in Future Retail, is in talks with the company’s parent Future Group over the potential stock purchase. The US online retail giant could raise its holdings in the retailer to as much as 49 per cent, the people said.

As a purchase of more than a 25 per cent stake could trigger an open offer under stock exchange rules, Amazon is considering lining up local investors to join the deal. Under India’s rules, foreign ownership in the so-called multi-brand retail trading industry – including department stores and supermarkets – is capped at 51 per cent.

A change of ownership at Future Retail looms after the Biyani family, founders of Future Group, breached loan terms and came under pressure to sell their assets.

Amazon last year bought a 49 per cent stake in Future Coupons Pvt Ltd., which owned 2.7 per cent of Future Retail as of December, according to Bombay Stock Exchange data. That gave Amazon an effective 1.3 per cent stake in the retailer.

As part of the Future Coupon agreement, Amazon has an option to acquire Future Coupon’s shares in Future Retail from the third year of the deal. Amazon also became the authorized online sales channel for Future Retail’s stores this year.