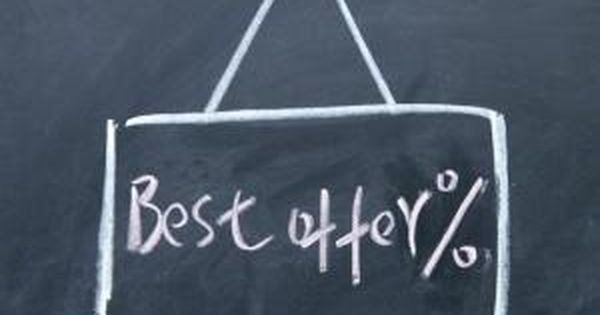 I’ve had the opportunity to negotiate some significant transactions. I’ve bought companies, organized partnerships, and sold large contracts. Each of these situations is a “deal,” where value is negotiated, and every deal is made up of the same underlying principles. Here’s how I view deal-making, along with some lessons I’ve learned.

The anatomy of a business deal is comprised of three basic components: the expected return, upside potential, and downside risk. Another way to describe this is to ask, “What do I expect to happen? What is the best possible scenario? What is the worst possible scenario?” The goal is to have a fair expected return, a huge upside, and very little downside.

Not Zero-Sum: To get a good deal, most people believe they must “win” and the other party must “lose.” If the only thing being negotiated is money, then yes, it’s a zero-sum game. But I’ve never been part of a negotiation where money is even close to the No. 1 interest of either party. The goal of creating a good deal for both parties is not only possible, but the only sustainable way to do business. It produces the best long-term returns for everyone involved.

Example: I will usually be very flexible on purchase price, but firm on guarantees like performance-based earnouts. I’m not trying to get a “screaming deal,” but instead, I want to pay a fair price for what I understand I’m receiving. The more money that is paid out over time based on performance, the less overall risk you’re assuming. Remember that the seller is always in a superior position of knowledge when it comes to forecasting the future.

Uncover Motivations: As humans, our motivations are always mixed and usually very complicated. A successful deal serves the primary motivations for everyone involved, so figuring out everyone’s real interests is essential. Some common motivations besides absolute dollars are fame/prestige, the well-being of employees, a consistent cash flow, promotability, risk mitigation, flexibility, titles, the duration of agreement, taxation, timelines, and culture/beliefs.

Example: The first question I typically ask is “If you could wave a magic wand and create your ideal situation, what would that look like?” The things mentioned are important; the rest is not. Focus on their important stuff to help them find satisfaction.

Best Alternative: A fundamental component to deal-making is to not only understand the worst-case scenario under the agreement, but also the worst-case scenario if the deal doesn’t get done. This is commonly called the best alternative to a negotiated agreement (BATNA) and largely determines the incentive each party has to make a deal happen. The question to ask is “What is my alternative if a deal doesn’t get done?” The better the alternative, the less you need the deal and the more risk you can take in negotiation.

Example: I always know my “bottom line,” based on my BATNA, and remind myself of it frequently. Deal-making can get emotional, which introduces irrationality. A good way to safeguard against impulsive decisions is to seek counsel from someone trusted and not emotionally involved.

Example: I’ve negotiated on terms like personal loans, delayed payments because of divorce, extended time off to pursue artistic endeavors, and even a public apology for something I wasn’t involved in. Get creative to get the deal done.

Keep It Simple: Complicated deals hardly ever work, because complication creates confusion, uncertainty, misunderstandings, and, ultimately, hard feelings. The bulk of the negotiation should revolve around a few key points that serve the underlying interests, and the rest should be kept as simple as possible. After agreeing to something, define it. Even the simplest terms, if left undefined, create opportunities for confusion.

Example: I once negotiated for the former owner to have myriad sales incentives to keep her engaged in generating new business. I used the terminology “If responsible for X, you get Y.” She said, “Great,” and we moved on. Six months after we closed the deal, she said she was owed a significant sum for generating new business, even though she hadn’t been involved. She said, “Well, I coached the person who landed the deal, which makes me responsible for it.” Obviously, the term “responsible” was not clearly defined.

Get Personal: Despite the best negotiated agreement, the success of a deal ultimately relies on the people involved. Just because it’s in the contract doesn’t mean the person has to behave, which can cause a good deal to unravel quickly. The larger the deal, the more homework you need to do. Go to dinner. Play golf. Meet his significant other. Pay attention to how he talks about — and treats — the people around him. Deal-making is like dating, and your goal is to figure out what marriage would be like.

Example: One of the worst deals I ever did was one of the best-looking on paper. The only problem was the people involved. They came highly recommended, and although I didn’t click with them, I figured, “How bad could it be?” It was terrible. They turned out to be an emotional train wreck, mixed with poor ethics and illogical action. I literally shivered when I saw the name pop up on my phone or email. You can imagine how it ended.

Much of life is a negotiation, and deal-making is a central piece to business. I hope some of my experiences and missteps can help you make a better deal.

Brent Beshore is the founder and CEO of adventur.es, a company that identifies problems to tackle and looks for those who share their passion to create change. Connect with Brent on Twitter (@BrentBeshore), LinkedIn and Google+.