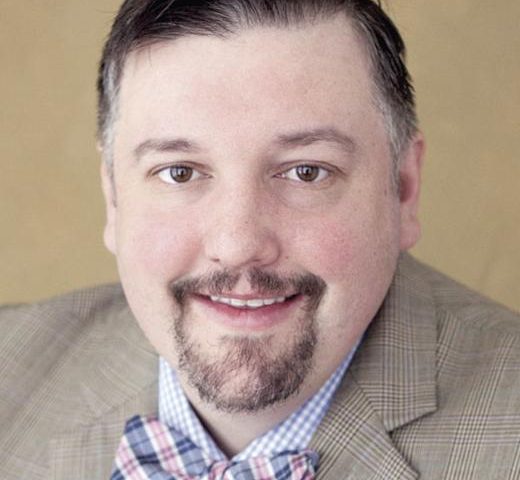 Empathy understands other people’s feelings and perspectives from their viewpoint instead of your own. Empathy allows you to build rapport and enhance your business relationships, increasing your chance of success. There are five core components to constructive empathy that’s useful in business situations.

In your quest to become successful in business, you’ve no doubt read some material about negotiating. Plenty of books and articles are out there telling you how to “use body language to assert dominance” or tips on how to “wear down your opponent.”

Their message is clear: Winners are alphas!

Dr. Frans De Waal has studied the social hierarchies of primates in the wild. What he found contradicts our idea of what being alpha means. He found that the more successful alphas also tend to be more empathetic. These alphas go around sharing food, tickling babies and grooming their friends more often than others.

This behavior makes a lot of sense. It explains why politicians on the campaign trail make grand displays of generosity and try to kiss as many babies as possible.

The science is clear: To be a real winner, you need empathy.

This is what the research on the superrich — people with a net worth of $500 million or more — shows. They are masters at using empathy to build rapport and forge deep connections with people in business to their benefit.

Empathy is the ability to understand another person’s feelings and perspectives from their point of view instead of your own. It’s not just about you understanding their situation. It’s about stepping into their shoes and catching a glimpse of their world. You want your empathy to be (and feel) human — it’s the foundation of emotional intelligence.

What I’ve found is that the superrich are often adept at using what we call “constructive empathy” — empathy that serves a direct purpose. It allows them not just to understand others’ perspectives and motivations, it also will enable them to communicate that they know that person on a deep level.

The goal ultimately is rapport. Once you have rapport, your chance of success in business increases substantially.

In truth, no one wants to do business with a robot. The cold, uncaring tycoon makes for compelling TV and movie drama, but it doesn’t win business in real life. You being human is what works.

Empathy and NegotiationConstructive empathy is the bedrock of successful negotiations.

Instead of focusing entirely on your perspective, empathy can help you find solutions that benefit both parties. Business is built on relationships, and one-sided negotiations create resentment. Resentment is bad for relationships and, therefore, bad for business. Remember those alpha primates in the wild? It turns out the ones with a “winner-takes-all” attitude end up being fatally attacked by other primates who resent their behavior.

That’s certainly not what we see when we analyze the negotiating habits of highly successful entrepreneurs. These are not people looking to seize their pound of flesh from their fellow business partners. They focus on what motivations and desires the person across the table harbors. They don’t just focus on rational argument and raw numbers. When negotiation is treated as a zero-sum game, you’re going to end up more often with the zero.

The constructive empathy of the superrich also allows them to create more attractive and beneficial deals as well. Knowing what the other party truly desires lets them craft excellent solutions and often reach an agreement much faster too.

This is not to say that they fear disagreement. These are negotiations, and you do need to show that you have the strength to trust in your own judgment. But those disagreements are more easily received when the other party knows you value their needs and views.

The Five Core Components of Constructive EmpathyThere are many strategies for using constructive empathy, but they are all based on five core components.

First, it begins with your goals. Constructive empathy is a tool, and the purpose of that tool is the achievement of your own goals. While keeping your goals in mind, the next components can be considered “operational.”

The “operational” components begin with being highly attentive to the other party.

This means the iPhone has to stay out of sight. How does it feel when you’re telling someone something important and you can tell they’re distracted? That’s precisely how you don’t want them to feel.

When someone is listened to deeply and attentively, their guard comes down quickly. They feel relaxed. They become more open and start to give away more clues about what they’re looking for. The best way to achieve this is to utilize active listening.

Active listening is about focusing intensely on what the other person is saying while withholding all judgment.

Uncross your arms. Relax your facial muscles. Your body language must say, “I am open to what you’re saying.”

That leads us to information-seeking behavior. Information is what you need right now, and your attitude must be open and inquisitive. You want them to open up so you can learn about their story, their beliefs, their values.

You’re making eye contact, you’re occasionally nodding, you’re asking questions. You want them to give you information, but also allow them to reflect on what they’re saying so you can get a deeper understanding of how they think.

You must be sincere. At this point, the other party is taking a risk. They’re showing vulnerability, and if they think you’re manipulating them, it’s game over. Thanks for playing.

Eventually, you will have enough pieces of their puzzle to start putting it together. You can begin asking yourself questions to pinpoint key messages and feelings:

• What is the theme of his/her story?

• What are the main beliefs he/she holds dear?

• What is important to this person, and why?

• What do they worry about?

• What am I missing?

This is where you solidify the rapport and win them over. Empathetic responses show your interpretation of their worldview, or at least that you’re trying to understand it.

The most basic formula for an empathetic response would be:

Another simple, empathetic response would be summarizing. Tell them in your own words the foundational elements of their worldview as you see it.

You might be thinking that it would be embarrassing or offensive if you get it wrong.

It won’t be. It allows you to correct an erroneous perspective and gets you on the same page.

And they’ll be so impressed with your attempt to understand them that they will be happy to correct you without taking offense.

Making ConnectionsIt’s all about making connections and building rapport.

Our culture glorifies those we view as having “dominant” personalities who crush their opponents’ will. However, there is a better way. Just like the superrich, you can be a true “alpha.” By exercising constructive empathy, you can build amazing relationships that will help you achieve all your important goals.