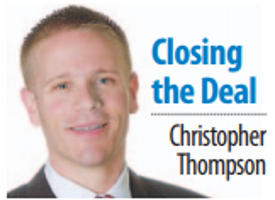 I had an experience last week that made me think a lot about how making assumptions can cause problems or lead to missed opportunities in sales and in business. Although what I experienced wasn’t business related, it definitely has a powerful lesson tied to it.

My car was due for an inspection and an oil change. I had reached out to my mechanic and booked an appointment. The shop is a five-minute walk from my home and it’s very convenient whenever I need work done. I drop it off at night, leave the keys in the drop box and walk home.

Picture the scene. You’re driving down the road and see someone wearing a hood, walking down the street carrying three bags of groceries. I suppose it’s not that unusual, but assumptions may begin to pop into your head. And assumptions certainly popped into the heads of a car full of teenagers who drove by me that night.

The relatively new BMW drove past me slowly as I was walking. The four teenagers in the car appeared to be having fun and were all laughing. One of them rolled down their window and yelled to me, “What’s wrong loser, you can’t afford a car?” I could hear them all laughing as they drove away.

I was speechless. The old me would have yelled something inappropriate back at them or reached for something to throw at them, but I didn’t do either. I laughed, as I could picture myself doing the same thing when I was a clueless punk teenager. This time, I was on the receiving end of a verbal assault. It also reminded me that I’m getting old.

As I continued my walk home, I thought about the perception the teenagers had when they saw me walking in the freezing cold with groceries. They immediately thought I didn’t have a car, and thus, per their definition, I was some kind of loser. I’m not saying I’m a total winner, but I don’t think I meet the criteria of being a loser (although some may argue that I do).

Making assumptions is also very dangerous when you’re managing people. What you see on the surface is usually not enough to give you a complete understanding of a person or their situation. In past columns, I’ve referenced the biggest mistake I’ve made in my career, and it’s a mistake I still make almost every day: I ask someone to do something and assume they know how to do it. And although I’m aware of that mistake, for some strange reason, I still continue to make it.

When you find yourself assuming or jumping to conclusions, be aware that it’s happening. Before you opine about whatever is in your head, take a step back, dig a little deeper and keep an open mind.