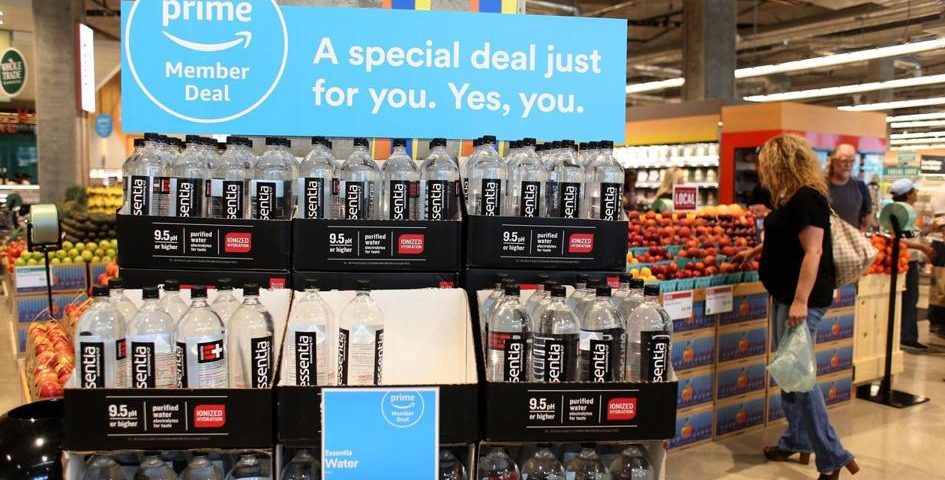 Amazon.com has been on a buying spree in recent years, but the U.S. government’s increased scrutiny of large tech companies threatens to slow that pace.

The company has struck more than $20 billion worth of acquisitions and investments since the start of 2017, more than its deal volume in all of the previous 23 years in the online retailer’s history, according to data provider Dealogic. The spree’s biggest was Amazon’s $13.7 billion purchase of Whole Foods Inc. in 2017.

Amazon’s deal-making style is to act quickly, quietly and frequently without investment bankers, according to people familiar with the company’s thinking. But the closer attention from Washington will likely result in Amazon throttling down on acquisitions, especially larger deals.

The pressure stems from increased calls for government to rein in tech giants. Congress plans a bipartisan examination of antitrust law and whether tech companies like Amazon are growing too powerful to the detriment of smaller rivals and customers. Sen. Elizabeth Warren (D., Mass.), a presidential candidate, proposes breaking up Amazon and unwinding the Whole Foods acquisition, while President Trump has criticized Amazon, suggesting the company should pay more in taxes.

The Justice Department and the Federal Trade Commission also plan to examine tech giants for possible antitrust probes. The FTC, which cleared the Whole Foods acquisition, will have oversight of Amazon.

An Amazon spokeswoman, when asked about the increased government attention, referred to recent comments made by Jeff Wilke, chief of the company’s world-wide consumer division. “We believe the most substantial entities in the economy deserve scrutiny. Our job is to build the kind of company that passes that scrutiny with flying colors,” he said last month at a company conference.

Amazon collects about 38% of all U.S. retail dollars spent online, according to eMarketer, which recently revised its estimate down from about half. But Chief Executive Jeff Bezos emphasized in his shareholder letter in April that the company remains a small player in global retail.

At the same time, he has signaled he won’t hold back on seizing opportunities to grow. At the company conference in June, he said Amazon would make bigger bets on new ventures—such as satellite internet—that “move the needle for us.”

Amazon has leaned on acquisitions to grow beyond its core online retail site. It is now a leader in cloud-computing services, the owner of a major grocery chain, a big consumer electronics maker, the country’s third-largest digital advertising company, a Hollywood studio and a threat in health care.

The company has also used deal-making to expand in foreign markets that are tough to crack. In 2017, it bought Middle Eastern online retailer Souq for around $600 million.

Amazon was in discussions last year for a controlling stake in Flipkart for at least $10 billion, according to people familiar with the matter, but lost out when Walmart bought a 77% stake in India’s largest online retailer for $16 billion.