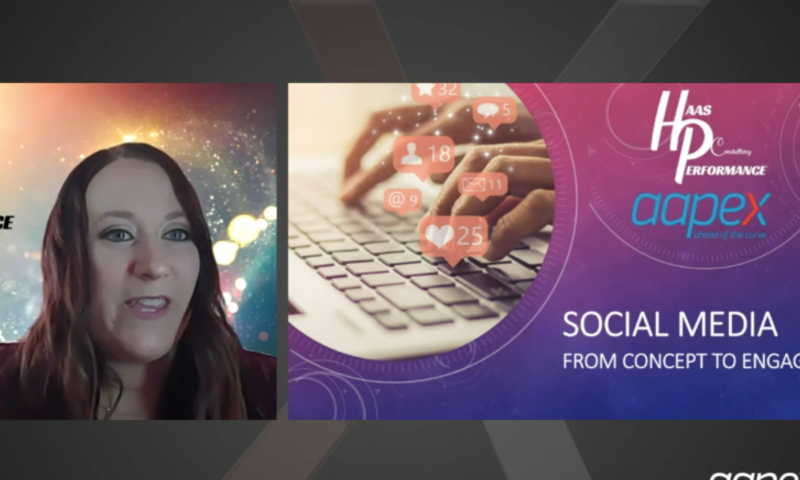 There are a lot of good reasons to put your business on social media, but none bigger than this:

Consequently, it also is where your competitors are.

Ms. Fraser led a virtual session, “Social Media from Concept to Engagement,” at the 2020 AAPEX show. She said nearly 90% of people age 18-29 in the United States use some form of social media, which probably isn’t surprising to most readers.

What may be surprising is that roughly 37% of people over 65 also use social media, a number that is only expected to grow.

“If they’re on there (social media) and they’re scrolling and they’re viewing information, we should be putting information out there to connect with them, to engage with them and to educate them on our business,” she said. “(That way) they can know a little bit more about us and to help them make their decision as to where they want to do their business.”

Ms. Fraser’s session focused specifically on Facebook (74% of people in the U.S. use that site every day) and Instagram (where 75% of users are under 35), but her tips can also be used on sites such as Twitter and LinkedIn.

“I think sometimes we hear those words ‘social media’ and it can be so daunting and it’s going to be so time-consuming and so hard to do,” Ms. Fraser said. “It’s really not.”

The key, Ms. Fraser said, is to think like a customer. Customers aren’t always thinking about their cars breaking down, so social media content doesn’t always have to be automotive-related.

Is your business collecting items for a local food drive? Did you have a particularly good meal at a local restaurant? Is today a fun holiday, like National Hot Dog day? All three could lead to good social media posts, Ms. Fraser said.

According to Ms. Fraser, content on your social media accounts should:

Here are four other suggestions:

Businesses should respond to all reviews — not just the negative ones. It’s important to say thank-you, or recognize a customer who did something nice.

“Maybe you had an awesome customer who dropped off donuts,” she said. “Take photos of that, put it up on social media and thank the customer for stopping by and giving you a treat.”