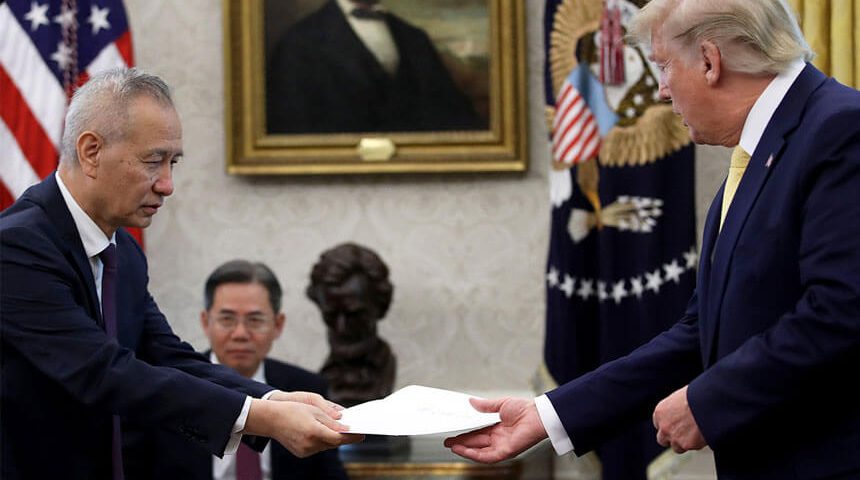 Your monthly roundup of the latest US-China business and industry news.

President Donald Trump announced that the first part of the trade deal between the United States and China will be signed in Washington on January 15. In a tweet, President Trump wrote that “high-level representatives” from China will travel to the White House for the signing ceremony, and that he will be traveling to Beijing at a later date to begin talks about Phase 2 of the trade deal.

The full terms of the deal have yet to be revealed. However, the United States is expected to suspend tariffs on $160 billion worth of Chinese goods, including smartphones and toys. China is expected to increase purchases of American agricultural products and improve protections for intellectual property.

Although not officially a part of trade concessions, China has also started opening up its financial markets to foreign firms. JPMorgan said it received final approval to set up a majority-owned securities firm in China, and China announced that starting January 1, 2020, they removed all foreign ownership caps on life insurance firms.

Despite a record-breaking 2019, only two of the top 10 highest grossing movies at China’s box office were Hollywood productions—“Avengers: Endgame” and “Fast & Furious Presents: Hobbs & Shaw.” The box office, which grossed $9.2 billion in 2019, was driven mainly by domestic Chinese films, especially hits like the science fiction blockbuster “The Wandering Earth” and animated hit “Nezha.”

According to distribution consultancy Artisan Gateway, the market share of Chinese films rose to 65 percent in 2019, up from 62 percent in the previous year. Conversely, Hollywood films dropped to 31 percent of market share from 34 percent, even though 2019 was supposed to be a boom year for Hollywood after a production slowdown for Chinese studios that started with the Fan Bingbing tax scandal.

The rise of domestic Chinese films shows that not only is China’s film industry maturing, but so are Chinese audiences’ tastes. However, this shift could mean that Chinese regulators will be less exclusionary of foreign content, although that does not necessarily mean Hollywood will be the only benefactor (Indian and Japanese films have also been quite successful).

French media conglomerate Vivendi has signed an agreement to sell a 10 percent stake in its wholly-owned Universal Music Group to a consortium led by Chinese social media and tech giant Tencent for approximately $3.3 billion. California-based Universal Music Group is the world’s largest music company and counts Lady Gaga, Drake and Ariana Grande among its roster of artists. Pending regulatory approvals, both companies said the deal should close in the first half of 2020.

The agreement also gives Tencent the option to buy an additional 10 percent stake under the same terms. They are also working on another agreement that would give Tencent Music a minority share of Universal Music Group’s Greater China subsidiary.

Bilibili gets rights to stream League of Legends in China

Chinese video streaming site Bilibili announced a three-year contract for exclusive domestic streaming rights to “League of Legends” World Championship events in China, in a deal valued at about $113 million.

Bilibili is a streaming service focused around anime, comic and gaming content. “League of Legends,” which is owned by U.S.-based Riot Games, is the world’s most popular desktop game and sees nearly 8 million concurrent players each day. China is currently one of the world’s biggest game markets, and the popularity of esports is on the rise there, particularly among younger generations.

The U.S.-based electric carmaker has delivered its first 15 Model 3 sedans made in its new multibillion-dollar Gigafactory in Shanghai, China. According to the director of the Shanghai factory, the plant has already hit its production target of 1,000 vehicles per week, which they aim to double over the course of 2020. Eventually, Tesla hopes to produce 500,000 cars per year at the Shanghai factory.

Producing cars domestically in China allows Tesla to avoid import tariffs and cut down on shipping costs. Tesla has already cut the prices of their China-made Model 3 cars to about $46,400 from $51,000. The domestically produced cars are also eligible for government subsidies of around $3,600, which could drop the price to below $43,000, and are exempt from China’s car purchase tax.