Prepared To Crowdfund Your Enterprise Concept? Alex Daly, ‘The Crowdsourceress’, Has Four Suggestions

It’s safe to say that crowdfunding is currently enjoying a renaissance. Between the pandemic’s impact on industries like retail, travel and hospitality, as well as the downturn in the VC funding landscape, creators are turning to crowdfunding to bring their projects to life.

Alex Daly is known as the industry’s “Crowdsourceress” and the founder of Daly, a modern marketing and communications consultancy.

Daly started her career in journalism, but her trajectory has been anything but predictable. After working at New York and WSJ magazines, she transitioned into documentary filmmaking, which led to her launching her skills in the crowdfunding space in 2012.

When Daly’s book The Crowdsourceress was published in 2017, there was still no playbook on crowdfunding. Today, The Crowdsourceress has earned the reputation as the definitive guide for anyone looking to raise money and awareness for a creative endeavor, product, or cause. Her mission when writing the book? To empower people that wanted to launch their own crowdfunding initiatives.

Back in 2012, Daly was managing crowdfunding campaigns as her side hustle on top of her day job at a documentary film production firm (in other words, on nights and weekends — this is why she warns, “You really have to love it and be obsessed”) before launching her crowdfunding agency in 2014. Years later, these same clients began asking for support for their ongoing PR efforts, and she founded Daly. To date, her team has raised more than $25 million.

“I decided to manage campaigns full-time after the Neil Young campaign in 2014, which raised $6 million. Time magazine said it was the most artfully managed campaign ever and I realized, you know what? I am really good at this. I need to just take the leap and do this.”

Daly’s work earned her a spot on the Forbes 30 Under 30 class of 2016 (in the Marketing & Advertising category), and Daly has since become known as a frequent speaker at festivals and events for designers, innovators, women entrepreneurs, and big thinkers.

When it comes to crowdfunding today, Daly shares this important advice:

“In these times of uncertainty, it’s important to be as clear as possible about your campaign goals — that includes the messaging across your project information, delivery schedule, and where the funding is going.”

Also keep in mind that while crowdfunding is seeing a reemergence, Daly explains that the landscape looks different: “Our friends at Kickstarter recently told us that while there were 25% fewer projects on the platform amidst the many disruptions from the COVID-19 crisis, they had seen more pledges on Kickstarter than ever before. In fact, they witnessed their third most funded project yet, which raised a whopping $12.9 million!”

On the impact front, when the Black Lives Matter protests first started this summer, Daly and her team began offering pro-bono consulting services to pro-BLM groups and organizations in need of help with their online crowdfunding and fundraising efforts. “We had an influx of inquiries ranging from Black artists setting up micro-funds, to fashion designers creating gowns for underserved hospitals across NYC,” Daly shares.

“We realized that the work needed to be ongoing in order to make a larger impact, so this summer, we began supporting two of these initiatives per month, and will continue to do so for the foreseeable future.”

I spoke to Daly about the secret sauce when it comes to creating a successful crowdfunding campaign, and why she believes the old way of doing PR “is dead.”

Karin Eldor: What is the biggest misconception around crowdfunding?

Alex Daly: It’s not free money. People think they can just put their campaign up and that the world is going to go rush over and give money to it. That is such a wild misconception! Launching a crowdfunding campaign’s like launching a business. You cannot just launch a business and expect that the public is going to go bonkers for it. You have to do the groundwork, the branding, the PR, the digital marketing, and the audience-building all before it goes live for it to do exceptionally well.

Eldor: If someone is looking to kick-start their business, where’s the best place to start?

Daly: Before you even get into any of this work, you really need to know what your core mission is. Ask yourself the honest question: Why are you doing this? And what are the values that serve this mission? Once you have that clarity and certainty for yourself, your plans across production and delivery, as well as your marketing and campaign messaging, will be clear not just to you, but to your community, too.

Here are 4 more crowdfunding tips, according to Daly:

1- First, build your audience. Before a crowdfunding campaign begins, you need a pre-launch page with a call to action. This incentivizes visitors to the site to sign up, so they’ll be the first to know when the campaign goes live and they can access early bird pricing, for example. Or if a visitor signs up, they can later get exclusive updates to your newsletter before the campaign launches. People love the intimacy and exclusivity of having that insider access.

2- Find your people and talk to them. Identify people who are already talking about the topics related to your project — blogs, reporters, influencers, partners — and get them in your corner.

And be sure to find and connect to your built-in audience. This is the most motivated, loyal enthusiastic segment of your crowd, and it can look like a variety of things — engaged subscribers to your mailing list, loyal followers on your social media, really engaged followers of your blog, or loyal listeners of your podcast.

It’s also about letting that devout audience know that this project is coming, offering them an exclusive, and getting them to post on social media when your project goes live, because you want all this buzz and momentum to happen the morning your campaign goes live.

So, beyond reaching out to press and influencers to tell your story and spread it widely, identify your built-in audience and engage them. Because as I always say, ‘if you build it, they will come.’”

These skills or tips can be applied to any sort of fundraiser or any sort of launch — it’s about incentivizing people and getting them excited ahead of time so that when the launch happens, it’s as explosive as possible.

3- Prioritize great design. I always say to prioritize great design — and by that I mean your branding, the design of your video, the design of your art direction, your photography, etc. Essentially, everything that’s visual on your page and in your project needs to be done by a professional. Having a super strong visual identity goes such a long way! It needs to be eye-catching, command attention, and is an ideal way to communicate with people these days. I find excellent design is just as important as collecting those email addresses, building your built-in audience and engaging it, and doing the research for pitching.

4- Be concise and transparent on the campaign page. Your page should be easy to scan, and each section should serve a clear purpose. And the narrative on your page should be consistent with the messaging you use everywhere else across press, social media, your website, and more. 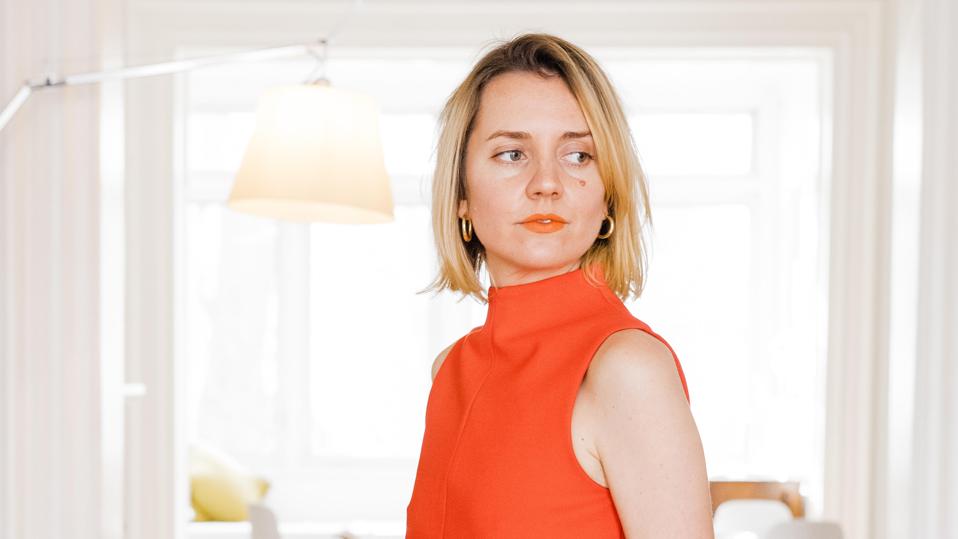 Eldor: How has PR changed?

Essentially, we say that we are here to tell their untold story. What’s behind-the-scenes? What drives the person behind the brand and who are they?

Finding a company’s untold story and then doing highly targeted outreach makes so much more of an impact. Having that powerful story placed in the right publication that will get the right kind of views versus including getting it into as many random places as possible is key. It shouldn’t be about quantity anymore, but quality. We are so against that quantity over quality model — it’s so representative of the old world of  PR, and I think old PR is dead. You can quote me on that.

Eldor: I love that! What are you working on now at Daly, which represents this new age of PR?

Daly: On the communications side, we are currently really excited to be working with Girls’ Night In, Freitag, Dirty Labs, Pentagram, The Juggernaut, Otis, Quinn, and the relaunch of Playgirl magazine — which went live this past week!

We also launched our own quarterly newsletter, The Daly News, which featured in-depth untold stories from our favorite muses and creators. The first issue was themed “Bloom,” a hopeful respite of color and nature after weeks in isolation. The second issue, “Trip,” invited writers to think outside of the confines of our social isolation, and to let their minds wander. Our third issue will be coming out in December!