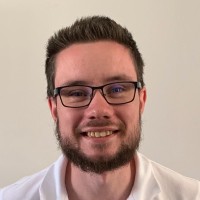 As the owner and CEO of Paris-based consultancy Datadvice, newly-minted Microsoft Dynamics MVP Aurélien Clere does it all, from implementations to customizations to training in Dynamics 365 applications.

He received his MVP award just this month but has been working with Dynamics products for over 10 years. Aurélien began his work as a Dynamics AX technical architect and developer while working at Euriware, a French consultancy and IT services company that was acquired by Capgemini in 2014. His experience with Dynamics CRM dates back even further, to around 2009 and his time as a mobile app developer. A client at that time was running Dynamics CRM and wanted a mobile application to connect with it.

After his first introduction to Dynamics CRM, Aurélien continued working as a developer of mobile apps for some time, but he also decided he wanted to work more with business applications. When he joined Euriware in 2011 he began work as a Dynamics ERP and CRM developer and architect and in 2014 he signed on with Openfield Solutions, working his way up the ladder to become the company’s Dynamics CRM and mobility technical manager.

By 2017 Aurélien had founded Datadvice to help companies that want to implement Dynamics 365 Customer Experience, Finance and Operations, and Adobe solutions. His work focuses on data, Azure, and predictive analytics.

Along the way, Aurélien also started a Paris chapter of the 365 Saturday organization, which runs in-person and virtual events focused on Dynamics 365 and related products. Clere now speaks at numerous 365 Saturday events in Europe, he told MSDW.

The first step in my community involvement was really to do my first session for 365 Saturday, thanks to Raz [Choudry, aka “Raz Dynamics”]. I really appreciate these kind of events because I can teach and train and present myself and some content. But I also get to meet other community members and MVPs, make some friends, and share some projects or best practices.

Then last year, Aurélien started his blog so he could share his project experiences as well as best practices and tips around Dynamics 365, Azure, and the Power Platform. He also created a YouTube channel and began to organize Friday webinars at the behest of Microsoft France. He explained: