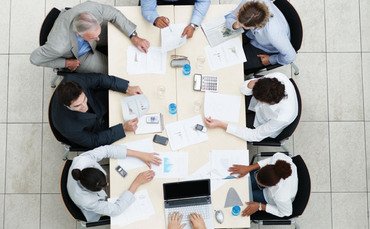 From science-based targets to the current vogue for net zero goals, here’s how to kick off ambitious climate action in business

Companies wanting to develop an effective SDG13 strategy have a big job on their hands. Climate change is perhaps the biggest challenge facing the world today, and it can be difficult to know where to start. Nonetheless, business recognises that this is a challenge it must take on – in a survey for the World Business Council for Sustainable Development (WBCSD), it was the Sustainable Development Goal (SDG) that most companies prioritised, with 62 per cent of respondents focusing on it.

But as anyone with half an eye on the topic will quickly realise, tackling climate change requires a response at every business level, from suppliers’ energy use to financial forecasts. So where to start?

“The first step for businesses looking to tackle climate change is to understand their risk exposure,” advises Maria Mendiluce, managing director for climate and energy at WBCSD. Many companies will be directly affected by physical risks, such as agribusinesses whose crop yields may be hit by higher temperatures, or beverage producers and brewers, which may see their access to the water that is core to their businesses affected. “These companies need to build resilience,” she adds.

Others will be hit by transition risks – the effects of efforts to reduce greenhouse gas (GHG) emissions such as regulations and GHG reduction targets. Utilities and carmakers are getting to grips with the changes this is bringing at the moment as they attempt to shift to renewable energy and electric vehicles respectively.

It is worth remembering that as growing number of countries shift to net zero targets, such as have been adopted by the UK, France and New Zealand among others, the entire economy and every business will be affected.

The best way to understand your firm’s risks is to disclose your emissions, identify which parts of your business and value chain are most exposed to carbon and where opportunities exist, both to reduce emissions and boost sales by providing solutions. This allows you to define your priorities – which areas present the most risk or the biggest opportunities.

The next move is to set goals, such as procuring all your electricity from renewable energy sources, as the members of RE100 do. The number of companies that have committed to this target has grown by a third this year, with 40 per cent of growth from the Asia-Pacific. The collective renewable electricity demand of member companies now equates to the 21st largest electricity-consuming country in the world.

Another option is to align your impacts with the targets of the Paris Agreement to limit average temperature rises to well below 2C. The best way to do this is to sign up to a Science-Based Target (SBT). Some 285 companies have committed to do this, from Nike to Nestle and Microsoft to McDonalds.

“This is a critical development and one that is a totally different approach from what corporates used to do,” says Robert Stevens, director of partnerships at Climate Care. “Before, companies would look at what was feasible to reduce their carbon footprint. Now they are looking at what needs to be done to align with Paris and going from there.”

When CDP started talking about Scope 3 targets five years ago, “it was seen as idealistic and no-one thought it was feasible,” says Alberto Carrillo Pineda, director for the SBTs at CDP Carrillo. “Now over 90 per cent of companies have Scope 3 targets and 40 per cent are asking their supply chains to follow in their footsteps and set their own SBTs.”

Spanish oil company Repsol is an example of how companies are embracing the imperative to cut their emissions – it recently announced plans to be net zero by 2050, the first oil and gas company to do so. “We are convinced that we must set more ambitious objectives to fight climate change. We do it with the utmost confidence that we invest for the future. Addressing the significant challenges that lie ahead with strategic clarity is what will allow us to turn them into opportunities,” says chief executive Josu Jon Imaz.

On a practical level, companies looking to reduce their impact need to go back to first principles. “We need to design for the future,” says David Symons, UK head of sustainability at consultancy WSP. “We have to make infrastructure that is both low-carbon and able to operate will into a zero-carbon future. It’s becoming easier to introduce these concepts. It’s a way to challenge designers to produce cleverer designs – we’re giving our teams back their Brunel.”

For most companies, decarbonising will take time and so in the meantime they may need to offset their emissions, Stevens says. “Climate change needs to be tackled very quickly. Some companies may need to offset some of their unavoidable emissions while they are on the journey to zero carbon. Offsetting must not be used as a substitute for carbon reduction, but it can also deliver against a number of other SDGs as well as SDG13.”