Girls who give up KPMG over bullying launch rival consulting agency 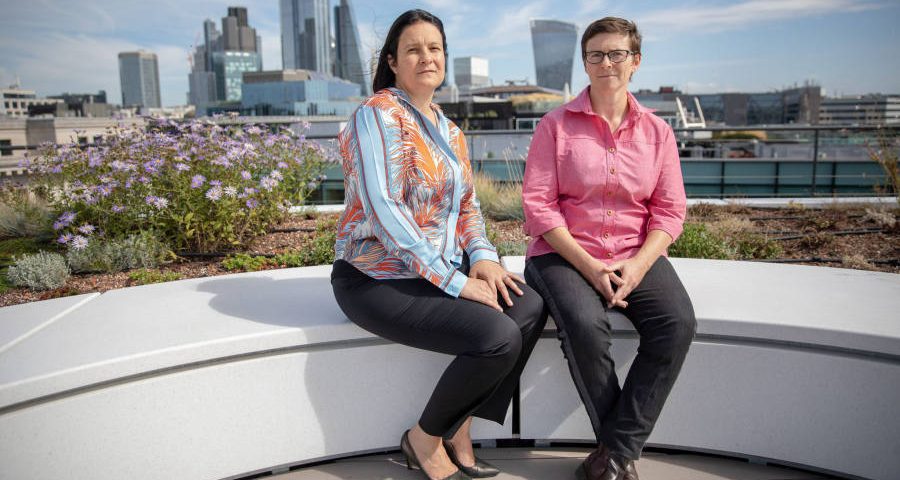 The star female partners who quit KPMG over concerns about bullying have launched a rival consulting business named after the Greek goddess of the dawn that plans to break from the “macho” working practices in the industry.

Maggie Brereton, who was head of UK transaction services and a board member at the Big Four accounting firm, and Ina Kjaer, former head of UK integration in the deal advisory team, have registered Eos Deal Advisory with Companies House and started recruiting staff following a six-month gardening leave period.

The pair resigned from KPMG in February in protest over how it responded to concerns raised last year about alleged bullying by deal advisory boss Sanjay Thakkar. They had 40 years of experience between them at KPMG and were highly respected as two of its most talented partners.

In an exclusive interview with the Financial Times, Ms Brereton said they were hoping to reshape the deal advisory market by running a diverse business that does not “waste talent” by relying on an intense after-hours working culture that tends to exclude women and minorities.

Eos Deal Advisory will not pull “all nighters” to meet client deadlines or adopt “macho” working practices, and will move away from “a very old school way of selling deals”, she said. “We don’t want to be a new KPMG, a mini-me.”

Ms Kjaer added: “The business will allow minorities and women who walked out of the [deal advisory] market to feel like they want to work in it. Many feel like they cannot participate in this market. We will bring proper diversity into this market.”

Eos Deal Advisory plans to hire 15 individuals in the UK by the beginning of October, when the business will be fully functional. The company also has ambitious overseas expansion plans and is in talks with several large potential clients, including one investment bank, according to Ms Kjaer.

Their goal is to have a zero per cent gender pay gap from when they launch the business — something that would set the company apart from other large consultancies and accounting firms, most of which have discrepancies of at least 20 per cent.

The pair said their business would offer a distinctive approach to competitors — which will include KPMG, as well as Big Four rivals EY, Deloitte and PwC — as their pre-deal and post-deal specialists would work closely together when providing advice to clients.

They plan to give careful consideration to the challenges that could arise after deals are completed from the outset — something both women claimed advisory businesses often fail to do.

“We have done deals for 20 years and in that time not a lot has changed — it is still the case that roughly only a third of deals add value,” said Ms Brereton. “You see a lot of theoretical assumptions being made without somebody separating fact from fiction.”

The women said they were undaunted about setting up a new business at a time when the UK’s economic prospects were deeply uncertain, given the increased risk of Britain crashing out of the EU without a deal at the end of October.

“Brexit will get you more deals,” said Ms Brereton. “Any crisis creates more opportunities. [Companies] are becoming cheaper by the day because of [the weakness in] sterling and uncertainty around trade. Good quality companies are undervalued and that’s an opportunity, and there’s a wall of private equity money out there.”

Ms Kjaer added that even if a recession took hold in the UK and deal volume dropped, any deals that did take place were likely to be more complex. “We go after complexity, not size,” she said.

Their departure from KPMG sent shockwaves through the firm, raising questions over the extent to which it sought to protect high fee earners or high-ranking individuals with close connections to senior leadership. KPMG has since promised to review its complaints procedures and encouraged staff to speak up on inappropriate behaviour.

Mr Thakkar, who has previously declined to comment, stepped down from his role as head of deal advisory in June and has taken a leave of absence from the firm. KPMG is still in the process of conducting a second investigation into his conduct, after deciding in late 2018 that his behaviour did not amount to bullying.

It also emerged in July that KPMG’s head of UK financial services consulting, Tim Howarth, had been pushed out over claims of misconduct.

The Financial Reporting Council, the audit watchdog, said in July that it would for the first time require the largest six accounting firms to disclose details about any investigations into senior staff involving bullying, sexual harassment and alcohol or drug abuse, on a quarterly basis.