Welcome to Dispensed, Business Insider’s weekly healthcare newsletter in which we have officially consumed enough holiday treats for a lifetime.

It’s been a busy week on the desk — I made a very quick trip up to Boston while our editor Zach Tracer spent some time in D.C. Let’s get right to the headlines that kept us busy when we weren’t in transit.

New to the newsletter? You can subscribe to Dispensed here.

We’re getting a better sense of where French pharma giant Sanofi is headed under its new CEO Paul Hudson. I read through the presentation so you don’t have to and came up with the six slides that are key to where it’s headed.

Sanofi just gave a 112-slide presentation on the future of the company. Here are the 6 crucial slides that reveal where the $120 billion pharma giant is headed now.

Next, a feature I’ve been working on for some time: In October, I went around Las Vegas getting a look at Optum’s medical center footprint there, in particular its OptumCare Cancer Center.

As I’ve been reporting on Optum’s ambitions to make care its next $100 billion business, this gave me a lot more insight into how the healthcare giant that’s part of UnitedHealth Group plans to get there.

We got a tour of UnitedHealth’s flashy new cancer center, and it reveals how the healthcare giant is taking a new approach to reshape the health system and lower costs

On the flipside of that are folks like Anthem, who are less keen to own medical practices. Anthem’s CEO last week laid out why she’s not getting into the business and what she’d rather do.

Anthem doesn’t want to own your doctor, and the CEO shared why it’s pursuing a strategy that’s the exact opposite of its biggest rival

UnitedHealth isn’t the only one with the potential to upend healthcare, lest we forget the ambitions of big tech players.

The Advisory Board, a consultancy group for hospitals (owned by Optum), in December presented what it thinks Google Health will look like in five years — including potentially operating its own electronic medical record.  Thanks to the folks at Cantor Fitzgerald for pointing it out.

A top hospital consultant just laid out what Google could do in healthcare over the next 5 years, from creating a medical-records system to helping form a more functional health system

Finally, I’ll leave you with a little scoop I had — Alphabet’s venture arm GV is backing fertility clinic startup Kindbody. Kindbody — which I first heard about by seeing a very Instagrammable van offering free blood tests to tell me more about my fertility — wants to work directly with employers to offer fertility benefits that it provides in its clinics and virtually. 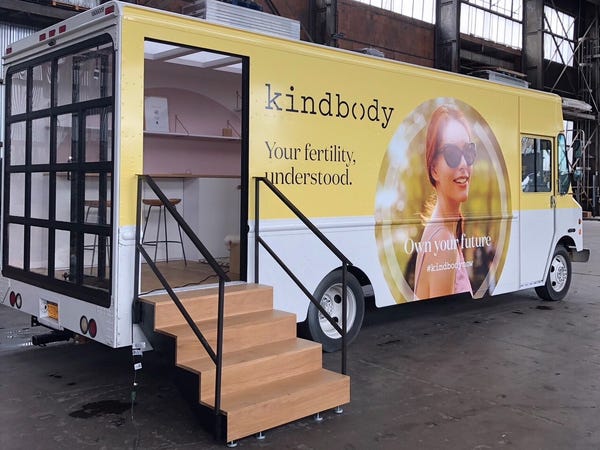 Elsewhere in the fertility realm, I’ve also been following along with the complaint fertility startup Celmatix filed against its research partner 23andMe. The breach of contract lawsuit alleges $100 million in damages, in large part because an investment bank pulled out of leading Celmatix’s planned $50 million round. As a result of losing out on new capital, Celmatix halted its genetic test, shut down its lab, and laid off employees.

Read more about what’s at play here. I’ll be following along to see what 23andMe’s official legal response will be to the complaint.

Some other fascinating posts from around the BI newsroom:

Phew, I can’t believe there’s only one more week till we hit the holidays. I’ll be curious to see what news will come out of the woodwork between now and then. I’ll of course be sure to share what I learn. If the conversations at the Digital Health Innovation Summit in Boston were any indication, it’ll be a busy time for healthcare startups going into 2020.